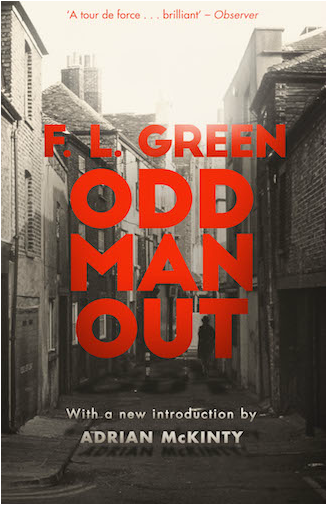 An Irish Republican Army plot goes horribly wrong when its leader, Johnny Murtah, kills an innocent man and is himself gravely wounded. As the police close in on Johnny, his compatriots must make a daring bid to rescue him. But they are not the only ones in pursuit: an impoverished artist, a saintly priest, a sleazy informer, and a beautiful young woman all have their own reasons to be desperate to find him. Meanwhile Johnny wanders the streets injured and alone, trapped in a delirious nightmare, surrounded on all sides by betrayal and faced with the realization that he may die that night with the stain of murder on his soul. The action unfolds over eight hours of a cold Belfast night, with the suspense building towards an explosive conclusion.

Both a critical success and a bestseller, F. L. Green’s masterful thriller Odd Man Out (1945) is best known today as the basis for the classic 1947 film adaptation directed by Carol Reed and starring James Mason. This edition, the first in over 30 years, features a new introduction by Adrian McKinty.